2012 Sarabande Vin de France Carignan and Aramon
I have spoken about this wine before but we are so excited about this that I thought I should talk about this again. When we started Domaine la Sarabande in 2009 we started working a beaten up old patch of Aramon. This was planted widely in the second half of last century by vignerons wanting to increase there production. By the 1950’s most growers were persuaded to pull these vines up as the quality was deemed terrible by most drinkers. Our little vineyard survived and the yields the vines gave us were tiny at around 15-20HL / Ha or 2-3 Tonne / Ha. The fruit had a lovely fresh fruitiness and some fine tannins. The resulting wine we blended with Syrah and produced a robust wine made to keep in your cellar for several patient years.
Then came the 2012 harvest. Again the Aramon cropped low but was a bit more generous giving us some lovely clean big bunches that were packed with fruit. Instead of blending with Syrah we thought we would marry the Aramon with its old cousin, Carignan. The origins of this variety are from Spain where it is known as Carinena. Again this was widely planted due to the high yields and less because the resulting wine was desirable. That is until the vines became ancient. Our vines are at least 65 years old and again the yields are tiny. 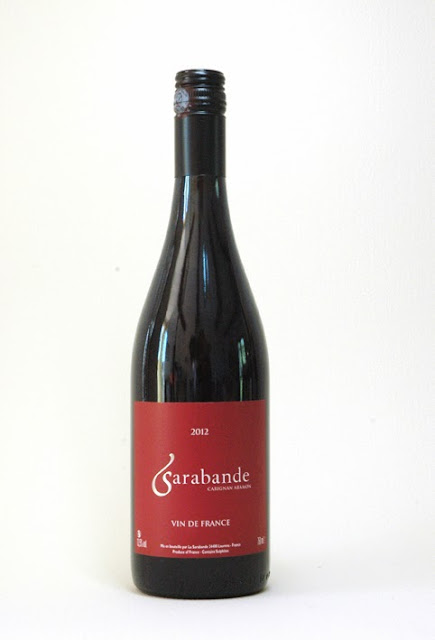 This is a celebration of these old varieties and very old vines that were widely planted in Faugères that are being sadly ripped up and replaced with more popular varieties. As Aramon is not recognised by the Faugères AOP or even by Pays d’Oc then we have to label this wine as Vin de France. Carignan is earthy and rustic, dark in colour and is a solid luscious wine. The Aramon adds fresh fruit and solid tannins. Both these varieties were aged in old oak barrels to add some roundness to the palate. We are really enjoying this wine now but it will continue to improve over the next three or more years.
The red label range is placed between the AOP Faugères and Les Espinasses in our range. We hope you will enjoy this wine!
Cheers
Paul and Isla Gordon
By admin|2016-12-14T09:39:13+00:00October 30th, 2013|Uncategorized|0 Comments

About the Author: admin

This site uses Akismet to reduce spam. Learn how your comment data is processed.

We use cookies to ensure that we give you the best experience on our website. If you continue to use this site we will assume that you are happy with it.OkPrivacy policy